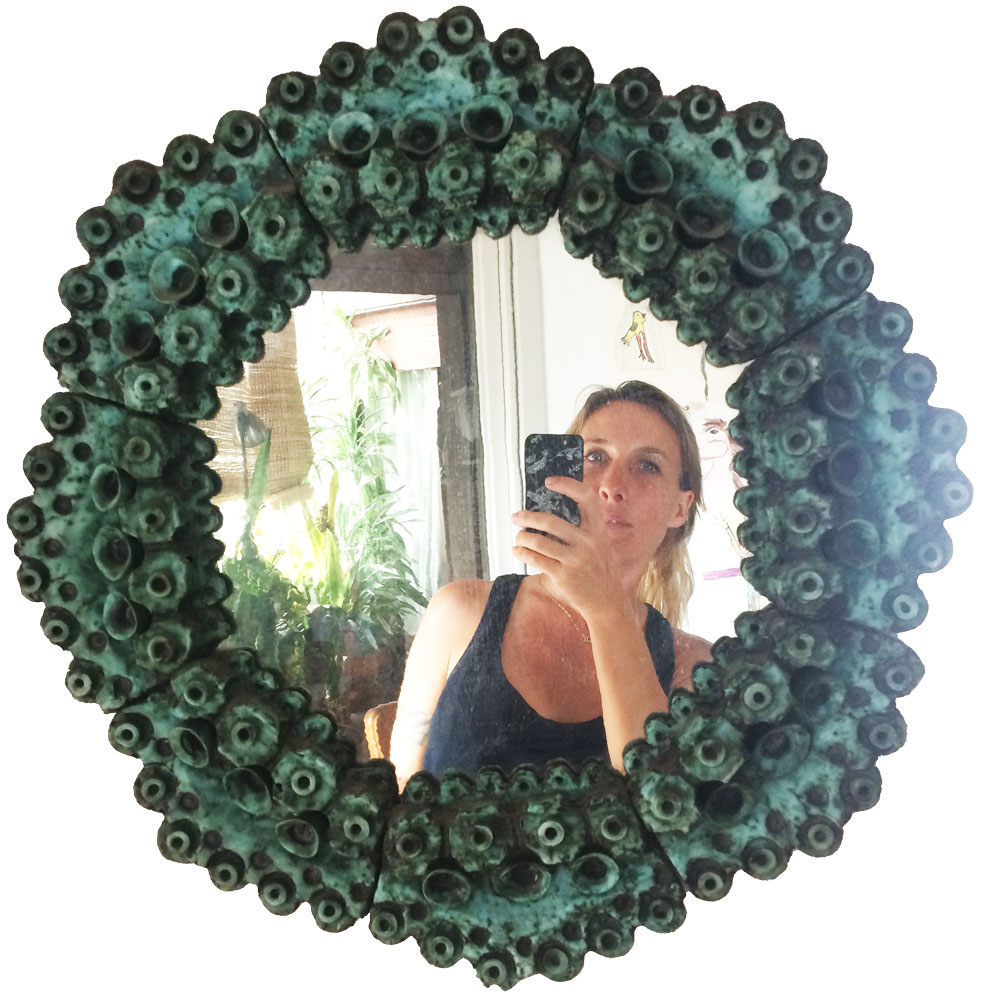 Celeste is a London based artist and graphic designer who graduated in fashion womenswear/ embroidery in The London College of Fashion in 2001. She spent most of her career working in graphic and editorial design, but then she started focusing in fashion and textiles again.

Born in London and raised in Buenos Aires, she spent her life between Argentina, Brazil, Spain and England.

While living in Brazil she founded AGUA SURFWEAR, a UV+ surfwear brand for active mermaids @aguasurfwearbrasil

In Bahia, she also learned how to work with ceramics and developed her "wish-bowl" pieces, which became very popular among a large witch community @casahomeware

She loves contrasts and colours and her multidisciplinary practice moves seamlessly between digital and analog, using textiles, inks and ceramics to express her colourful designs. Her main sources of inspiration are nature, fashion and art, which she practices and researches while on trips and adventures.

At the moment she is about to found Indómita Prints, a wild textile design studio specialised in home-decor and beachwear prints. As a textile print and graphic designer she relies on her instincts to create original print collections for the next seasons @indomitaprints

Thank you for your interest in my work. The basic you need to know is that all the images and texts on this website are copyright© of HAMPTON'S ART&DESIGN. As a visitor, you can copy or print parts of this site for personal, non-commercial use only. Any other use of this content without a license is strictly forbidden.